“In 1492, Christopher Columbus sailed from the Spanish port of Palos de la Frontera on behalf of Queen Isabella I and King Ferdinand II, but his roots trace back to Genoa, Italy. 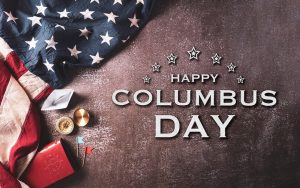 The story of his journey remains a source of pride for many Italian Americans whose families also crossed the Atlantic.  His voyage inspired many others to follow and ultimately contributed to the founding of America, which has been a beacon for immigrants across the world.”

Read more of the Whitehouses’ Proclamation on Columbus Day >>